One biscotti at a time & the woman behind it. 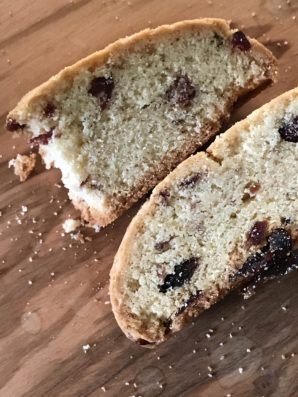 Back in the day when Bisousweet was a toddler and nestled into the tiny kitchen in Stow, I had a problem. My product line was slowly evolving, the kitchen space was quickly shrinking, and it became clear to me that it was time to evaluate what we were selling. Certain products flew out of the bakery, starting with cookies and soon followed by our addictive doughnut muffins. And then there were what I called ‘the dogs’. The products that no one wanted regardless of how delicious they were. You may be surprised to find out that biscotti was my top dog for years.

Always a big fan of pen and paper, I would diligently analyze sales and production on the back of an envelope. Something needed to shift to make our production more efficient, and regardless of which way I looked at the issue, the answer consistently landed in the necessity to nix the dogs. Buh bye, biscotti.

Except, I didn’t have the heart to let it go. This biscotti was at the roots of my career, and I simply could not turn my back on it.

Days and months and holidays came and went. The business continued to grow, the kitchen crew scrambled to keep up, and still our biscotti sales limped along.

Back then, my mother used to visit the bakery daily. Ok, not really daily…sometimes twice a day. She would walk through the kitchen, chat with everyone, manage to find a piece of something to eat, and eventually exit. I often walked with her to her car, enjoying the momentary escape outdoors. One afternoon she was halfway through munching on a piece of biscotti when she said ‘trust me, Karen…you’re going to make it. I just know it.’

Marge had faith. She believed in me, she believed in my business, and she has always been my biggest fan. While I may not have felt the same way about myself, I did about my biscotti.

Within a couple of years of operating out of the kitchen in Stow, our ‘top dog’ took off and became our best selling product line. What made the difference? It’s a good question. It could be because the biscotti really is uniquely soft, brightly flavored, and made with love. It could be because biscotti and I had history. Maybe it was because chocolate biscotti was one of the first things I baked as a ‘real’ baker. Perhaps it was because Marge made sure to purchase all biscotti we sold, driving from store to store and loading up on the stuff. Maybe it’s a combination of perfect timing and my determination to avoid giving up on the dog.

It comes down to faith – to believing in something so much that all of the energy and time put toward that something works to keep things chugging forward. Even when you’re tired. Even when you question if you’re doing the right thing. Even if the only one who believes in you is your mother. 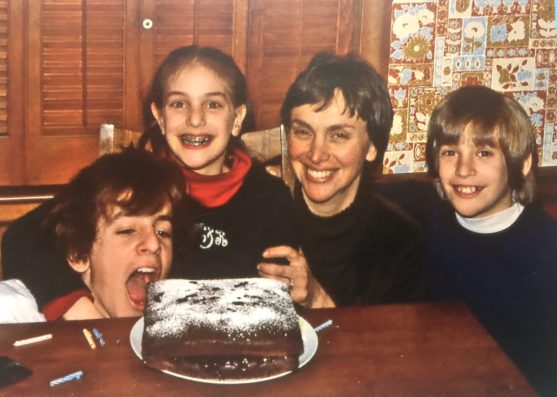 On a brighter note…

Get 25% off your first purchase + monthly updates and special offers!

Delicious food in your feed, every day…